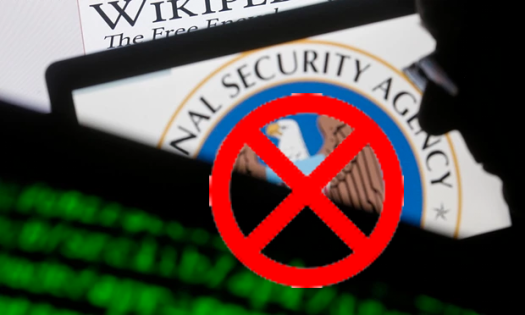 NO MORE SPYING BY NSA IS NOW LAW

Those who deny freedom to others, deserve it not for themselves (Abraham Lincoln, Feb 1, 1865)

Even other nations have cheered Snowden on. Because…

Mankind has always been thirsting for freedom but rarely got drunk on it.

Here’s, for example, a poster from one of the pro-Snowden rallies in Germany.

Can some of my German-speaking friends help me finish the sentence?

And yet, whether you are aware of it or not, this is indeed the first day of newly won freedom in this country

– freedom from the NSA electronic surveillance.

It’s a small victory, but still a victory for Edward Snowden and 320 million Americans, whether our heads are buried in sand or gazing at stars.

Well, this morning, the Justice Department issued a terse statement:

Final temporary reauthorization of the Section 215 bulk telephony metadata data program in the US expires.

And with that, it was all over. No more NSA spying on Americans. Isn’t that something worth cheering and celebrating?

What that means is that from this day forward – Saturday, Nov 28, 2015 – we can all breathe a collective sight of relief. Because the National Security Agency will no longer be able to directly hold information about the phone calls of millions of US citizens.

At least not legally. Which is something. From now on, they will have to use solely their stooges in other countries to do it. Still… it’s progress.

The USA Freedom Act, passed in late May, allowed the NSA a 180-day transition period to sort out arrangements. That period expired today.

It is modest change but it is at least a change, raising public awareness of the scale of government surveillance and opening the way for privacy campaigners to chip away in hopes of further reforms. And it is a victory for Edward Snowden who sacrificed his freedom so we could regain ours.

Thank you, Mr Snowden! These flags flying today at front and back of the Rainbow Shower are for you…

It is utterly poignant that the original Freedom Day in America was declared by President Abraham Lincoln 150 years ago.

February 1, 1865 – when Abraham Lincoln, who was the nation’s president at the time, signed a joint resolution that proposed the 13th amendment to the United States Constitution. The amendment was made to outlaw slavery and was ratified on December 18, 1865.

Since that time, through coercion, corruption and voter apathy, we had squandered this precious gift our forefathers had given us. And now, thanks to one man, Edward Snowden, who sacrificed his freedom so we could regain ours, there is a new dawn rising over America. Let us not permit it to fade away…