IF YOU CAN’T BEAT HIM, JOIN HIM… AND THEN TURN HIM

There is no doubt anymore… Donald Trump is the same as or worse than Ronald Reagan.  “Like Ronald, like Donald…” – my Oct 23, 2016 warning, repeated the day after the election – is sadly coming true.

The New World Order powers that be have surrounded our new president with their loyalists who have managed to turn him in less than three months.  Or maybe he has always been one of them.  After all, it took more than two years for the globalists in Reagan’s White House to turn the president to follow their agenda.

So maybe Trump used the promise to “make America great again” merely as an election tagline. Which he has shed with ease, like a snake shedding its skin.  The real Donald Trump is first and foremost the friend of Israel, not of the American people. But don’t take my word for it. Here’s what Israel’s prime minister “Bibi” Netanyahu told reporters on Feb 16, 2017 at the White House:

“There is no greater supporter of the Jewish people and the Jewish state than President Donald Trump,” Netanyahu said.

The two even wore the matching blue ties, even though red is the color of Trump’s alleged allegiance to the Republican Party.

Answering a reporter’s question about a rise of antisemitism in the U.S., Trump said, ‘you’re going to see a lot of love, a lot of love, OK?’ Trump promised the Jewish Americans.

From here, Netanyahu stepped in with his own praise.

‘If I can respond to something that I know from personal experience,’ the Israeli leader said. ‘I’ve known President Trump for many years and to allude to him or to his people, his team, some of them I’ve known for many years too.’ 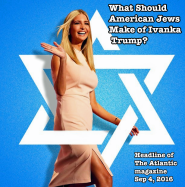 Bibi then brought up his long-standing relationship with Kushner (Trump’s son-in-law), who’s been tasked with helping with Middle East peace, suggesting that there’s no way these people could be responsible for the rising tide of antisemitism in the United States.

So there you have it – from the horses’ mouths:

Gary Cohn, for example, is the former second-in-command at Goldman Sachs, the world-spanning global financial firm that Trump used as a stand-in for everything he was running against during his presidential campaign.

Now, the Svengali who shaped that campaign and its populist tone, Stephen Bannon, appears to be slipping from his perch on Trump’s shoulder. And Cohn, whose enemies cast him as an elitist, a globalist, and a liberal, is clawing his way up.

“Gary Cohn would be too liberal for the Obama administration,” former Trump advisor Sam Nunberg told Yahoo News. “I don’t know what he’s doing in a Republican White House,”

Here are excerpts from those Truth in Media editorials… 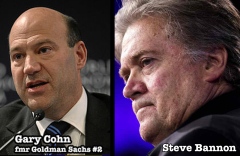 One thing I had not fully understood at the time was that ISRAEL’S AGENDA IS TRUMP’S AGENDA. “Bibi’ Netanyahu made that perfectly clear on Feb 16, 2017 when he said,:”

“There is no greater supporter of the Jewish people and the Jewish state than President Donald Trump.”

Donald Trump’s election strategy relied to a degree on the image of an anti-establishment billionaire who could fix a broken DC. Instead, his actions in office have been aligned with the policies of the same special interests he used to speak out against.

Some of Trump’s critics say he was dishonest from the start. Others, like Russian Prime Minister Dmitry Medvedev, believe he has been “broken” by the US establishment, which would not tolerate a president that wanted to improve relations with Moscow or stop America’s perpetual wars.

Either way, the 45th US president has proven himself consistently inconsistent during his first 100 days in office. Here are some of the issues Trump has done a 180 flip-flop on since taking the Oval Office.

DJURDJEVIC: Which is actually what a Truth in Media editorial stated several times during the last 5.5 months since the election. Like this one:

So Trump has been indeed “consistent in being inconsistent”, except when it comes to one foreign policy subject – Israel. In that regard, Trump has been remarkably consistent, both as a candidate and as president. Trump even campaigned in Israel (see the photo below).

Also no wonder Trump’s true loyalty lies in Israel, given his close family ties to Jared Kushner, his son-in-law and Ivanka, Trump’s daughter who converted to Judaism. Both were awarded with influential White House posts.

Nah. Just the way the Jews and their families and friends do business with each other in New York. And in Israel. And now also in Washington, DC.
They think they are above the law, Just like… oops, what’s her name – the other candidate with a Jewish son-in-law who ran against Trump.? Oh, yeah… the one whom Trump had promised to prosecute. “Because nobody is above the law.”

TWO WEEKS BEFORE THE ELECTION

Two weeks before the election, in the midst of the pro-Hillary polls and media frenzy, I predicted that Donal Trump would win. But I also warned that it could be a hollow victory if he does not learn from history. More specifically,  what happened to another populist president when he got to the White House (Ronald Reagan)..

Will the Same Happen with Trump When He Is Elected? – https://is.gd/mMcRHn

IF YOU CAN’T BEAT HIM, JOIN HIM… AND THEN SMOTHER HIM

DJURDJEVIC: Ronald Reagan was the only US president in the last half a century who was not a card-carrying member of the globalist New World Order organizations, such as the Council for Foreign Relations, Trilateral Commission and Bilderberg Group, for example. Like Donald Trump, he was elected because he was an outspoken critic of such establishment “elites.”

What happened in the aftermath of the Beirut embassy bombing was a perfect example of how these New World Order globalists deal with a popular outsider. They muzzle him by surrounding him with loyal members of their societies which would advance their agendas and interests no matter what a sitting president may think. 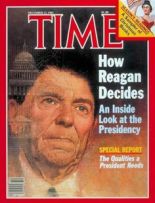 Like Caspar Weinberger, for example, Reagan’s Secretary of Defense, who was a member of both CFR and Trilateral Commission. In the end, he and his NWO cronies overpowered the popular president. Reagan was forced to retreat from Lebanon without retaliation because of the NWO-US multinational companies’ oil interests in the region. As a result, 241 American Marines and 58 French paratroopers lost their lives for nothing. Reagan left Lebanon with his tail between his legs despite his initial aggressive rhetoric.

Which is why it will be interesting to see what happens AFTER Donald Trump is elected on Nov 7. Will he allow the NWO bosses to overwhelm him with their picks for cabinet appointments as was the case with Reagan?

ONE DAY AFTER THE ELECTION

STAY VIGILANT: LET’S NOT HAVE A REAGAN FIFTH COLUMN ENCORE

The universe is unfolding as it should and as expected. But at this time of joy and jubilation, we also must stay vigilant. We must not rest until all the New World Order snakes have been driven from our shores or put behind bars.  So we can start to rebuild our society into making America great again.

And to do that, we must not allow the New World Order plutocrats to surround Trump with their minions as they did with Ronald Reagan in the 1981 and beyond. For more on that, see my Oct 23 post:

We must pray that our new president remains clear-headed about who his true friends and enemies are and does not allow the NWO fifth column anywhere near his White House. And we must also insist that he deliver on his promise to bring Hillary and Obama administration officials to justice as co-conspirators in her crimes (see TRUMP SHOULD REVOKE HILLARY’S PASSPORT – https://is.gd/UCfRF9).

TWO WEEKS AFTER THE ELECTION

Two weeks after the election, Trump backed away from one of his key election promises – to prosecute Hillary. It was our first hint that he would be no different than Reagan.  So on Nov 22, 2016, I penned this editorial:

Birds of a feather flock together…

BROKEN PROMISES: TRUMP BACKS AWAY FROM THREAT TO JAIL HILLARY

“I don’t want to hurt the Clintons, I really don’t,” Trump says after his visit to New York Times today

“They will get over it,” Trump brushes off his disappointed supporters

Here we go again.  Looks like “they” are coopting Donald as they did with Ronald 35 years ago. Trump is not even president as yet, and “they” are already managing to soften him up.

“They?” The New World Order so-called “elite.” Of which Trump is a member.

This morning, it was my turn to feel like I have a pit in my stomach.  Not just because I voted for Trump – for the first time ever breaking my vow not to vote for either a Democrat or a Republican presidential candidate.  The alternative (Hillary) was so much worse. So I might have done the same thing again anyway even with 20/20 hindsight.

The real reason I have a pit in my stomach is that I allowed Trump to dupe me. So my journalistic, literary and geopolitical analyst’s pride hurts more than just one voter feeling betrayed.

What makes it even worse is that I feel I let myself down. And you – my readers and followers. By leading you astray in trusting Trump. Because I saw it all coming. I just did not stay true to myself and my instincts.

Back on February 24, in my first editorial comment about the Election 2016,  I called Trump a “Trojan Horse” of the American plutocrats.

“Trump is a card-carrying member of the billionaires club – the 563 plutocrats, out of 319 million of us, who have been getting richer while most of the American people are getting poorer.

“Those who deformed us cannot reform us,” read a crude white painted slogan on a Prague wall during the 1989 Velvet Revolution.

So the only person who can truly change the corrupt political system in America is an outsider, neither a Democrat or a Republican.” (from Trojan Horse”).