GOOD NEWS: AMERICA IS MATURING AS A NATION

Thanks to the internet and social media, Americans are now learning to distinguish between real and fake news

The Reuters Institute For The Study Of Journalism recently released a report showing that trust levels in news media vary hugely by country. Trust is highest in affluent Western European nations, primarily due to the presence of well-funded public service broadcasters. Some 65 percent of people in Finland, for example, agreed that “you can trust most news most of the time”.

In the United States, however, the epicenter of the fake news storm unleashed by Lying Hillary and her lamestream media supporters, trust was far lower – just 33 percent.

ALTZAR: So, it’s working, its working!

As a longtime fighter for the Truth in Media, a non-profit endeavor I founded over a quarter century ago to counter the fake news in the mainstream media during the Balkan wars in the 1990s, I find this report quite heartening.

As a nation we are maturing, getting smarter, learning to depend more on our own wits, exercise judgment and use common sense, instead of placing a blind trust in the media and government institutions as many of our parents had.

What better proof of it than Donald Trump’s election win. Without the internet and the social media, Hillary and the hoards of her lying and cheating lamestream media supporters would have dominated the news and fooled most people. Just as CNN et. al. did in the 1990s, for example, in Bosnia and Kosovo. And Trump wouldn’t have stood the chance.

So it’s working, it’s working! Free spirit is returning to America. Slowly. But the pendulum is now swinging in the other direction. And the universe is unfolding as it should and always had. 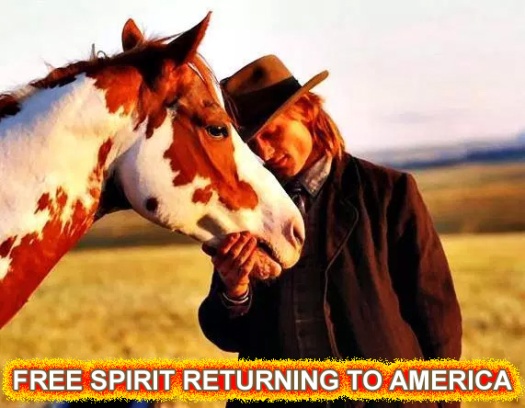 Over 22 years ago, I predicted that the PC/Internet revolutions would have a similar effect on mankind as had the invention of a handgun. They would level the playing field, I wrote in a Nov 12, 1994 article, and empower individuals and small businesses in the way we have not seen since Leonardo da Vinci and the Renaissance period (see PC/Internet Revolutions and Refusion of Arts and Sciences – https://goo.gl/3bFaFg).

“With a handgun in her hand, a little old lady could confront a 500-pound gorilla – and win!,” I said.

And that’s what happened on Nov 8. A Little Old Lady America loaded her handgun and shot down the fake news Hillary and her lamestream media cohorts were trying to advance. At the same time, Wikileaks kept releasing the real news about the most corrupt candidate who has ever run for president.

It was a modern David vs. Goliath story, In the end, the truth won. Which I find quite heartening after trying to advance its cause for over a quarter century.

LAMESTREAM MEDIA: WHO AND WHEN INVENTED THAT TERM?

I also find the widespread use of the term “lamestream” media quite heartening. In the early 1990s, my Irish-American friend, Peter Maher, a retired professor of linguistics at a Chicago university, were using that term in reference to media lies and deceptions about the war in Bosnia. I remember that I had to put it quotes because the spellchecker would reject it.

Not anymore. Now “everybody” is using it. And the spellchecker doesn’t mind it, either. Another small victory. 🙂