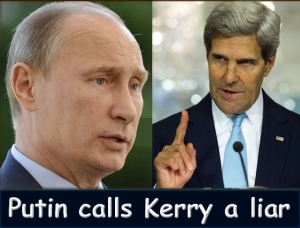 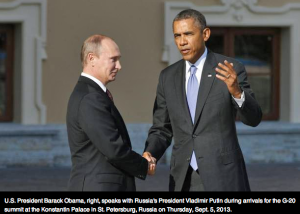 Syria was not a part of the planned agenda of the G20 summit in Russia that started today. But it’s certainly something that everyone is talking about anyway.

The Russian president Vladimir Putin, for example, did not mince his words when he talked about what he thought of the idea of the US bombing of Syria.  He  lashed out at the West for considering  airstrikes against Syria and most recently called Secretary of State John Kerry a liar over the matter, according to a USA TODAY report.

The Syrian rebels’ “main combat unit is the so-called Al-Nusra, an al-Qaeda unit,” Putin said Wednesday. They (the U.S.) are aware of that. … He (Kerry) lied. And he knows that he lied. This is sad.”

Putin has demanded proof that the gas attack is the work of Assad’s military and not rebels, and claims that the rebellion of Sunni Muslims against Assad is a terrorist insurgency to be crushed.

But while Syria remains in the headlines in American and most of western media, the Russians are mostly indifferent about it.

According to an opinion survey by the independent Levada Center, only 8% of respondents polled in June said they were paying attention to the developments in Syria. A large share – 51% – did not sympathize with either side in the conflict; 19% said they supported Assad’s side, while just 7% supported the rebels.

According to a July poll by the All-Russian Center for Public Opinion Research, 46% of respondents said they believed the Syrian conflict was the result of provocations from other countries who wanted to increase their influence in the region.