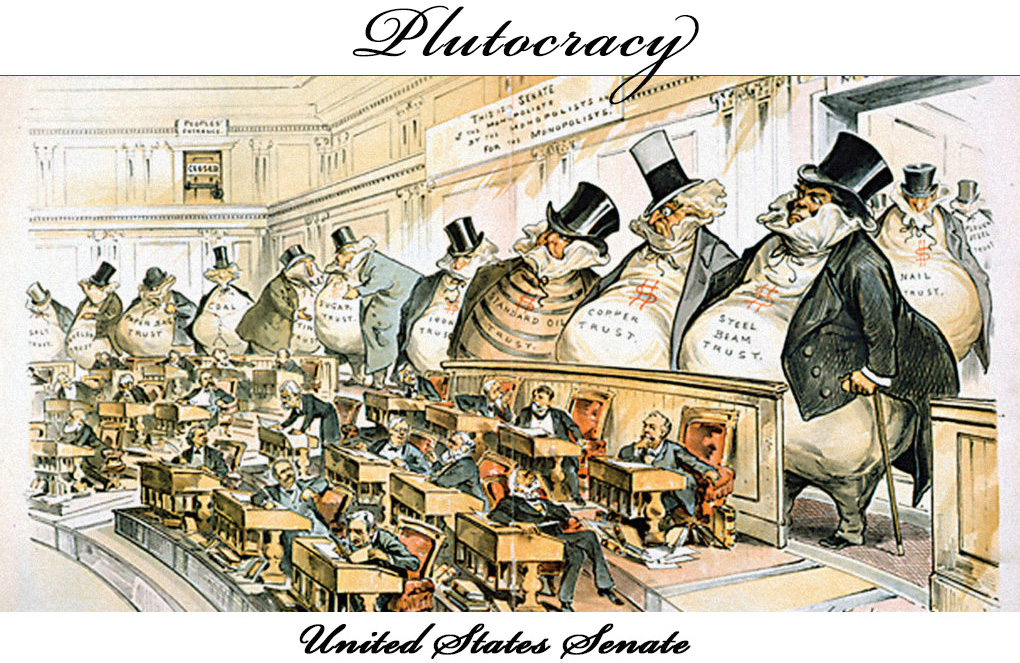 THE RICH GET RICHER, THE POOR GET POORER, THE MIDDLE CLASS SHRINKS

This week, the global “elite” are meeting again in Davos, a posh Swiss ski resort, for their annual shindig about global economy. And about how to get richer yet. In their honor, the anti-poverty charity Oxfam issued a new report which showed that over the past two years, the richest 1% have amassed close to two-thirds of all new wealth created in the world.

So Covid and the Ukrainian and other wars have been super-good for the super-wealthy. And the US plutocracy about which this writer has been commenting for nearly 30 years has evolved into a global hegemony of the super fat cats.

According to the report, a total of $42 trillion in new wealth has been created since 2020, with $26 trillion or 63% of that being amassed by the top 1% of the super-rich. The remaining $16 trillion was shared among the rest of the world.

“A billionaire gained roughly $1.7 million for every $1 of new global wealth earned by a person in the bottom 90%,” said the report, which was released on the opening day of the World Economic Forum in Davos, Switzerland.

Billionaires’ fortunes have reportedly increased by $2.7 billion a day over the past two years. This followed a decade of historic gains, with the number and wealth of billionaires having doubled over the past ten years.

Oxfam’s research highlighted that billionaire wealth soared in 2022 with rapidly rising food and energy profits. It said 95 food and energy corporations had more than doubled their profits last year. At the same time, at least 1.7 billion workers now live in countries where inflation is outpacing wages, and more than 820 million people – roughly one in ten people on Earth – are going hungry, Oxfam said.

For more, check out this article as well as some of the past TiM issues (see below):

The collective fortunes of the super-rich have been increasing by $2.7 billion a day, a new study shows

THE RICH GET RICHER, THE POOR GET POORER, THE MIDDLE CLASS SHRINKS

I first said it publicly in 1994: America is a plutocracy. Over the years that followed, I repeated this warning in a number of Truth in Media, Annex Research and Washington Times columns (in 1996, 1997, 1998).

I dubbed these Plutocrats – the Wall Street fat-cat bankers, the multinational corporations – the “Princes of the 20th Century.” Because just like during the Industrial Revolution of the 19th century, and in the Middle Ages before that, the Princes called the tunes to which the politicians danced and the common folk suffered.

“A century ago, the rich got richer; the poor got poorer, and the resulting social injustices gave birth to such ideologies as Marxism and Communism, among others. They also led to several revolutions and two World Wars. We are facing the same prospects today.”

PLUTOCRATS OF THE NEW WORLD ORDER, Truth in Media, March 1997

More than a quarter century later, others in the media are also noticing this travesty; this perversion of our Founding Fathers’ ideals. Alas, the gap between the have’s and the have not’s, between the rich and the poor, has become much worse since then.

While the top 1% of Americans possessed about 17% (or 22%, depending on the source) of the national wealth in the late 1970s, their holdings now account for at least 31% (see the charts below).

While the next 9% controlled about 14% of the national wealth four decades ago, they now have 38%.

Such a huge concentration of wealth, and the inherent injustice of such a social system, can only lead to one thing – an explosion. Like the revolutions of the 20th century.

DICTATORSHIP OF MINORITIES, A NATION OF MUTTS

But don’t figure on that any time soon. Because during the same 40 years, while the plutocrats gorged themselves on the wealth created by others, they also worked on stupefying the population. That was another theme from my articles in the 1990s.

“America is rapidly becoming a nation of mutts. Our country’s traditional character is being systematically destroyed by nihilistic “liberals,” the New World Order’s centurions whose only God is the Almighty Dollar.

For a longer excerpt see below.

Meanwhile, “only deep structural reforms accompanied by New Deal-type legislation can save us, but such changes are an anathema to the corporate state and the Biden administration,” according to Hedges.

“History has amply demonstrated what happens when income disparities of this magnitude afflict a country. We will be no exception.  Lacking a strong left, the United States will in desperation embrace authoritarianism, if not proto-fascism. This will, I fear, be Biden and the Democratic Party’s real legacy. “

CONCLUSION: STAND BY FOR MORE OF THE SAME

But the author also states, “none of these groups or individuals, whether they are on the left or the right, however, have the organizational structure, coherence and ideological cohesiveness of radical movements of the past, including the old Communist Party or militant labor unions.”

So who will take down the evil elites, as Hedges opines, considering that there is no “organizational structure, coherence and ideological cohesiveness of radical movements of the past?” The “American mutts” which the New World Order elites have bred into existence in the last 40 years? The well-fed, spoiled, ideology-free, video games-infatuated “Millennials?”

No. Revolutions happen when “desperate men do desperate things,” as I had also said many times before. Which is why even Shakespeare advised, “tempt not a desperate man” (in Romeo and Juliette).

I don’t see a lot of hungry, desperate people in America who would risk life and limb and their livelihood for the good of all, for a better, more just society. When and if our country reaches that stage of decay, perhaps real structural changes will be possible. And the ensuing explosion which will be the ultimate undoing of the greedy and heartless “elites.”

Meanwhile, stand by more of the same under the New World Order lapdogs such as Joe Biden.

EXCERPTS FROM PAST ARTICLES

Toward a Nation of Mutts

DUMBING DOWN OF AMERICA – my original title

America is rapidly becoming a nation of mutts. Our country’s traditional character is being systematically destroyed by nihilistic “liberals,” the New World Order’s centurions whose only God is the Almighty Dollar.

Take the music., for example The romantic serenity of the “classical” (Christian) composers – like Bach, Chopin, Mozart, Beethoven, Tchaikovsky, Dvorak, Liszt and others – has been usurped by the pagan beat of rap or the heavy metal rock bands which dominate our airwaves…

Because the powers that be in today’s America have chosen to put their money into… pagan music and violent movies. Or into gladiator-like sports, like football or basketball. Meet America’s role models, the superstar gladiators.”

In its present form, America’s social demise is a more benign mutation of the “Bolshevik” revolution, perhaps the kind of a gradual change which the “Menshevik” communists would have preferred.

Either way, the desecration of America the Beautiful is not a spontaneous event. Nor is a deliberate dumbing down of our nation. It is a multi-pronged process carried out by the Wall Street elite and their vassals in government, education, media and the entertainment industry.

Because such a stupefied population is easier to subjugate by the elite’s financial shackles than would be the free-spirited, free-thinking, patriotic, enterprising Americans who had made this country the envy of the world.

“It doesn’t take very long to dumb down a nation,” agreed a former publishing CEO, a long-time advocate of better quality education in America. “After only two or three generations, you can easily produce a nation of morons.”

Sadly, knowledge and artistry are yielding to materialistic values in today’s America. “Money makes the world go around,” we are told by those who have it.

Really? More likely, money is what will run the free world aground. If the Almighty Dollar does become everyone’s “God” (Heaven forbid!), those with most of it will become autocratic emperors of the world. And that will spell the end of freedom and democracy for the rest of mankind.

In preparation for such an ultimate enslaving of the free human spirit, a new, ugly, primitive, obedient America is being crafted by the NWO architects. As a first step, however, they must knock down the country’s Christian foundations.

“In 1977, the bottom 35 percent of the population had nearly twice as much after-tax income as the top one percent, the analysis found. By 1994, these two groups had essentially the same amount of income.”

The share of the national wealth owned by the top one percent of Americans increased from 22% to 42% between 1979 and 1996, according to an April 1996 speech by Congressman David Obey (D-WI).

THE CONCENTRATION OF WEALTH WAS THE HIGHEST IN 1930, BEFORE THE GREAT DEPRESSION; WE ARE NOW AGAIN APPROACHING THOSE LEVELS

PLUTOCRATS OF THE NEW WORLD ORDER

First, it suggests that our society is more a plutocracy than a democracy. Second, it means that history is repeating itself. And those who do not learn from history …Plutocrats of the world unite! (May 26, 2002)http://www.truthinmedia.org › Bulletins2002

May 26, 2002 …Plutocrats of the World Unite! “There’s a Firestorm Coming” (by Robert Fisk); “ Best Democracy Money Can Buy” (by Greg Palast); How Israel …Dumbing Down America: Plutocracy Blossoms as Inequalty Widens …http://www.truthinmedia.org › …

Mar 9, 2013 … College tuitions soar while wages languish; plutocracy is blossoming in a nation once free; widening gap between “have’s” and “have not’s” …When Will America Wake Up? (June 18, 2013)http://www.truthinmedia.org › …