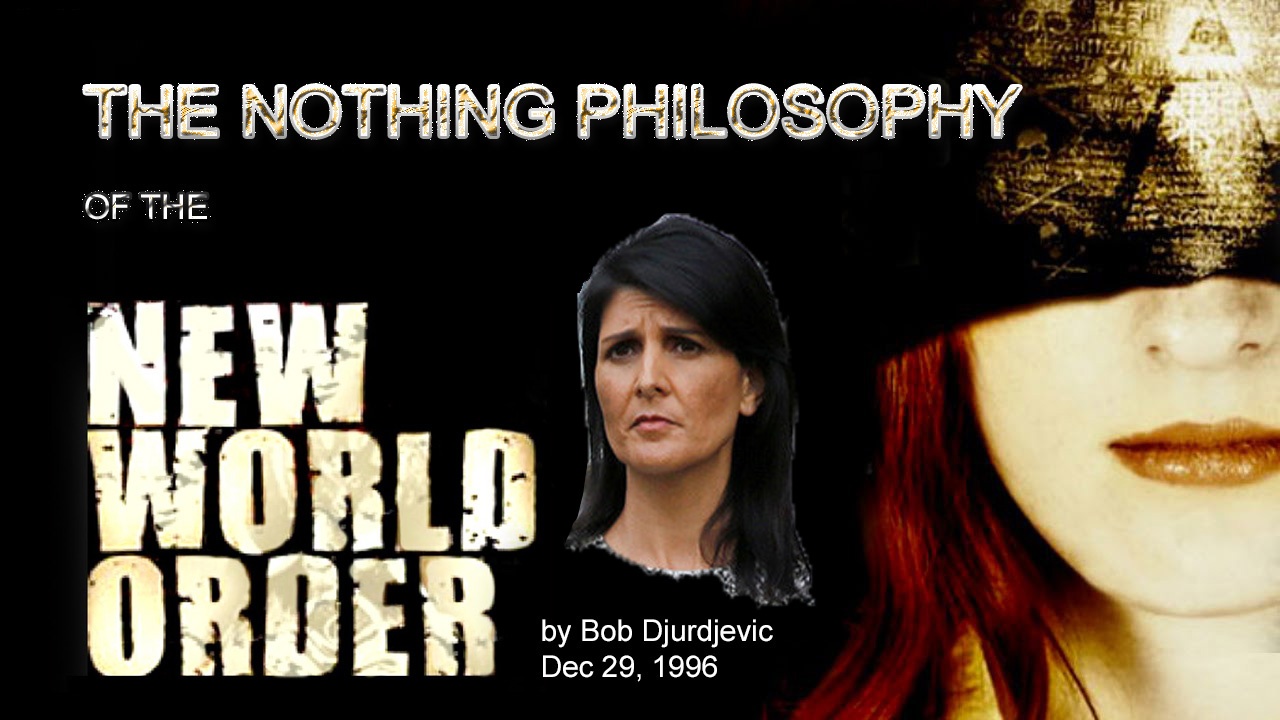 NIKKI HALEY: ANOTHER ADHERENT OF THE NOTHING CREED

Nikki Haley has already shown her willingness to bark on her masters’ command, even at her own boss. Check out this Truth in Media report about the first meeting between Trump and Putin last July (EVEN MELANIA COULD NOT BREAK UP THE TRUMP-PUTIN BONDING – But will Nikki Haley do it? 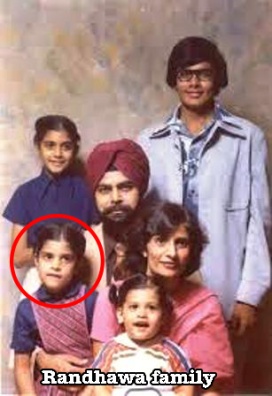 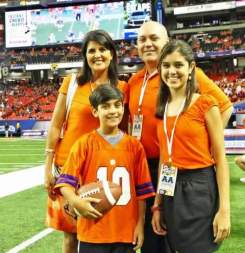 There is nothing people like that would not do to appease and please their globalist masters. Because they believe in nothing. Except in  money and power.

of the New World Order
By Bob Djurdjevic

Like Madeleine Albright, for example, a.k.a. Madeleine Korbel, Bill Clinton secretary of state, who did everything she could to hide and deny her Jewish roots. Like Nikki – Nimrata Randhawa – “Madam Halfbright,” as this writer had dubbed Albright in the 1990s, was also appointed by Clinton as the UN ambassador before her secretary of state job.

So we are probably looking here at Nikki – Nimrata Randhawa – as the next US secretary of state. If Nikki keeps up his obsequious pro-Zionist behavior and fiery anti-Russia rhetoric, and if the world affairs unfold according to the New World Order/Zionist plans. 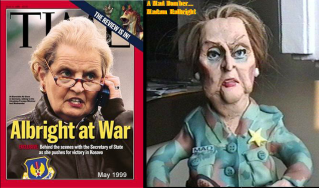 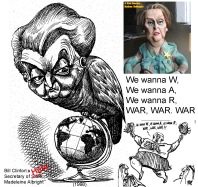 Obedient dogs get bigger bones. Madeleine even got her own war (see “Madeleine’s War” – NATO’s bombing of Serbia, 1999 – https://www.truthinmedia.org/Kosovo/War/day55.html).

Nikki Haley has already shown her willingness to bark on her masters’ command, even at her own boss. Check out this Truth in Media report about the first meeting between Trump and Putin last July (EVEN MELANIA COULD NOT BREAK UP THE TRUMP-PUTIN BONDING = But will Nikki Haley do it?).

“Even Melania Trump could not pry her husband away from Putin… The meeting was scheduled to last 30-40 minutes. It went on for 2:16 hours.” 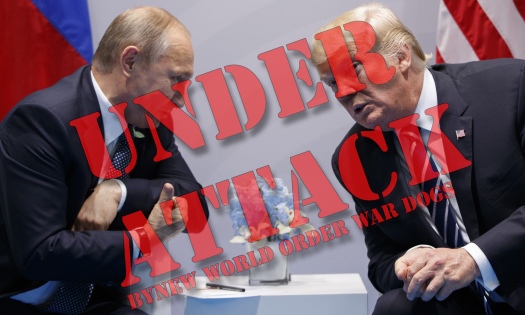 And that was BAD NEWS for the New World Order chieftains and the Zionists who are trying to drive a wedge between the US and Russia.

Enter Nikki Haley. Here’s what I said about that back in July:

“Now let’s sit back and watch how the lamestream media and other warmongers among the New World Order crowd try to derail this rapprochement between the U.S. and Russia at presidential levels. Including those whom Trump had appointed to their jobs, such as the UN ambassador Nikki Haley.

‘We cannot trust Russia & we won’t ever trust Russia’ – she has already squawked today in a CNN interview.

Right on cue. Now it remains to be seen who is in charge here – Trump or the NWO foreign policy masters.

If it is the former, Trump should fire Haley immediately for insubordination. It is the President, not the UN ambassador, who makes foreign policy.

And if Trump does not, then well… we’ll also have an answer as to who is in charge, won’t we?”

Less than three weeks later, we got our answer. Haley and her backers won. Trump backed down.

The new harsh anti-Russian sanctions were passed by both the House and the Senate. Trump buckled and signed them “despite his better judgment” (see A SAD SURRENDER: TRUMP SIGNS THE RUSSIA SANCTIONS BILL – July 29, 2017 – https://wp.me/p3QU1S-2sR).

At the time, I said that Trump’s presidency was now over for all intents and purposes. Because from then on, like a trained dog, he would be barking only when told to do so by his New World Order and Zionist handlers. His December 6 Jerusalem decision was just another example of it. 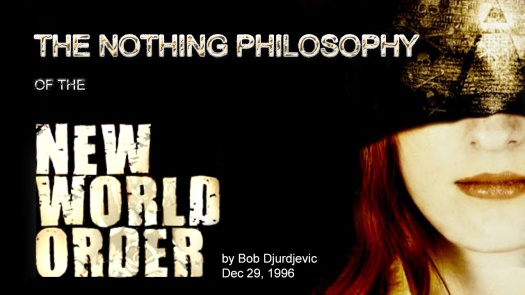 U.S. “WILL BE TAKING NAMES,” NIKKI HALEY THREATENS THE UN GENERAL ASSEMBLY AHEAD THE VOTE ON JERUSALEM

Nikki Haley a.k.a. Nimrata Randhawa, Israel’s… err… US ambassador to the United Nations tweeted yesterday that that Washington “will be taking names” of those “criticizing our choice” on Jerusalem during Thursday’s vote by the General Assembly.

‘I will report to Trump who votes against US Jerusalem decision’ – Haley later said in a threatening letter to UN members.
On Monday, the US was the only state out of the 15 members of the United Nations Security Council to use its veto power to block a resolution that called on all states to refrain from establishing diplomatic missions in Jerusalem. The US mission then called the move “an insult,” saying that the organization is “doing more harm than good in addressing the Israeli-Palestinian conflict.”
For more, see… https://on.rt.com/8v8m

As low as it gets…

TRUMP TIES US HUMANITARIAN AID TO JERUSALEM VOTE AT THE UN

Today, Donald Trump stooped to a new low, even for this multi-billionaire. He showed that he has no heart, only a wallet in its place.

Trump threatened today to cut aid to UN member states who vote against the US at the upcoming UN General Assembly on the issue of Washington’s Jerusalem move. He said the US will save “billions” in the process.

On Tuesday, the US envoy to the UN, Nikki Haley, sent a warning letter to the member states, saying the US president will take the voting choices on his landmark Jerusalem decision “personally.”

“The President will be watching this vote carefully and has requested I report back on those who voted against us,” Haley stated in the letter.

ALTZAR: Take a look at Trump’s son-in-law Jared Kushner in the back row of this photo taken at today’s White House cabinet meeting. This Zionist is positively GLOATING about Trump’s threat to the UN.

LOVE OF MONEY – ROOT OF ALL KINDS OF EVIL

As self-professed “Christians,” Nikki-Nimrata and her boss, Donald Trump, should contemplate how their actions and words fit in with this biblical advice:

The Good Book adds, “some people, eager for money, have wandered from the faith and pierced themselves with many griefs.” 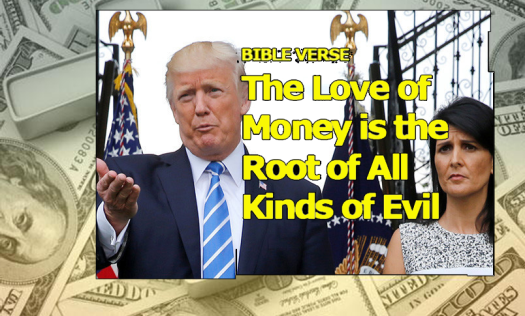 That would be you  – Donald Trump, and you – Nikki-Nimrata.

No wonder you were humiliated by a resounding United Nations condemnation of your Jerusalem decision. Your UN-CHRISTIAN (!) financial blackmail backfired.

So YOU, along with Israel and the few international toadies who also worship money like yourselves, are the new outcasts of the world community.

See what happens when you “wander from the faith?” You get “pierced… with many griefs.”

US AND ISRAEL: CONDEMNED AND ISOLATED

Trump’s threat did not work. 128 countries voted today at the General Assembly in favor of UN call for US to withdraw Jerusalem decision. 9 voted against the UN resolution and 35 nations abstained (see the vote board).

Turkey’s Foreign Minister praised the decision after the vote, saying, that it “once again showed that dignity and sovereignty are not for sale.”

The US and Israel are now as isolated from the international community as they have ever been. 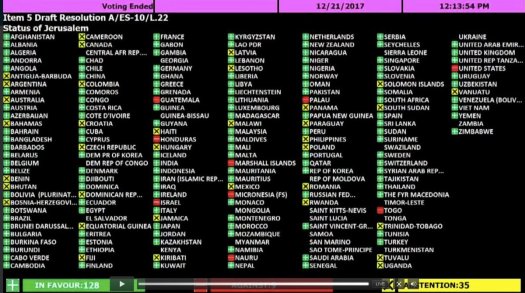 One Reply to “THE NOTHING PHILOSOPHY, II”