Someone had posted on Facebook a real billboard from Hillary and Bill Clinton’s home state of Arkansas. Here it is… . 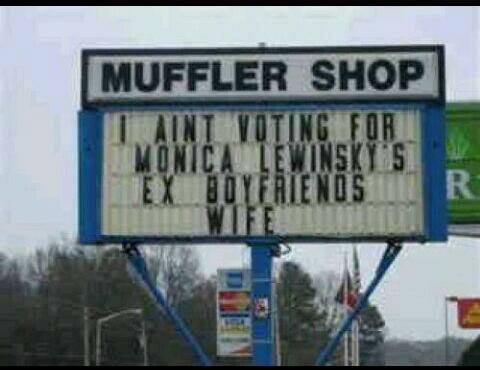 Which inspired me to agree with its general sentiment.

“Except that it’s not complete,” I added in my comment about it.

So here’s now my expanded version of the billboard which hopefully balances things out bit. Politically. 🙂

Or as a mathematician might put it… it is a case of regression.

PS: In case you’re wondering who that turbaned man is in the right muffler billboard, here’s a Jan 2002 Truth in Media story and the cartoon – “Enronizing Pretzelitis.”