On Tuesday (July 15), leaders of six of the world’s largest and the most populous countries will meet in 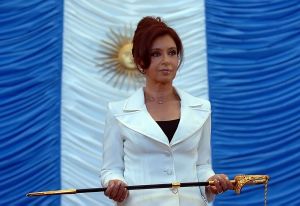 This year, at the invitation of Russia, Argentina will also join them. The newest member will bring beauty (Cristina Fernandez de Kirchner – left) and skill (Best Player of World Cup – Messi – right) to the table.

Okay. Why don’t we just call them BRIC-A-BRAC? 🙂

Nah. That would not be appropriate. Word games aside, this group of nations accounts for nearly half of the world’s population and a quarter of its economic output. In other words, they do matter.

In fact, this summit is considered so important that the Argentine president refused an invitation to attend today’s World Cup final in Brazil which featured her own country vs. Germany. The reason? She was too busy preparing for the Fortaleza BRICS+A meetings.

So you see, contrary to the beliefs of millions (including Argentines), soccer isn’t necessarily the most important thing in the world. 🙂 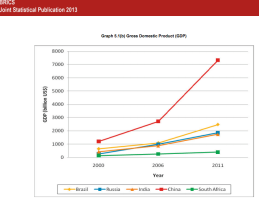 In the 1990s, when the term BRIC first became ubiquitous during the post-Cold War expansion of the West into places like China, India, Brazil, and to a lesser extent even into Russia, those nations were regarded by Wall Street investors as “developing countries.” No more. Now that they have built up financial muscle of their own, these countries are also seeking greater political influence in the world.

Opposing them, of course, are the western old-timers, the U.S. government first and foremost. This is why the WAY Argentina is getting to be a member of the BRICS+A club is significant. It is at Russia’s

Russia? Yes. At a first glance, that seems a bit odd. Why would Russia care to align herself with Argentina? After all, this is a country half a world away with relatively small bilateral trade with Russia.

The answer: Ukraine. Or more precisely, the Crimea peninsula.

What does Crimea have to do with Argentina? Well, Argentina’s foreign minister, Hector Timerman, after meeting with his Russian counterpart in late March, “stressed Argentina’s position against double-standard messages.” (see Russia Invites Argentina, May 2014).

He was referring to the Western countries’ denouncement of the March referendum when Crimea voted to rejoin Russia, while supporting a similar 2012 vote in the Malvinas (Falkland) Islands to stay British. Which, of course, riled the Argentines who regard these islands as their own.

This writer has said before that Perfidious Washington may have overplayed its hand by pushing Ukraine into a coup d’etat, and the now open civil war against its Russian minorities. The Tuesday BRICS+A summit in Brazil is another example of far-ranging repercussions of America’s Russophobic policies.

And now, here are some pictures from the July 15-16 BRICS summit in Fortaleza and Brasilia… 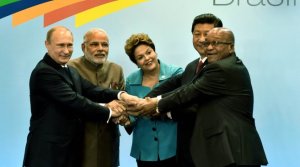