GREED AND RELIGION: FUEL OF ALL WARS AND EGOS 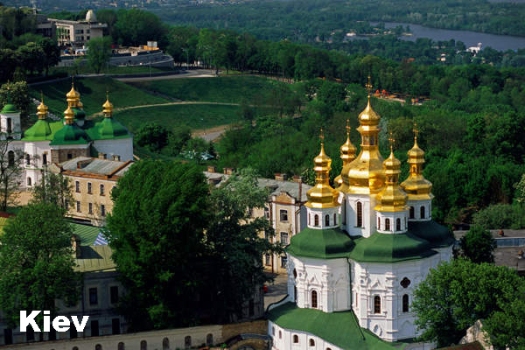 Futility of Wars Evident Throughout History

Let us appeal to Spirit realm: Why not have all warmongers escorted from the planet to a place “where the sun don’t shine?” After all, as Princes of Darkness, they should feel right at home in a place like that.

If the above adage is true, then we live on a planet of fools. And have – for millennia. Since the dawn of recorded history, emperors, kings, queens, tribal chiefs, popes, mullahs, rabbis… have been sending armies to fight over a particular turf and impose their way of life on the local people.

Their message? “My God is better than your God.” What nonsense! There is only one God. And nobody owns him/her.

Religion used as a tool of division. Coupled with greed and lust for power to lord over another, religion and greed have been been the root of all evil on this planet. And despite the Spirit realm assurances how things will be different in the new “golden age of peace” (see Appendix below – Mother God on Reptilians, 8-28-13), the Dark Ones continue to stir up trouble all over the world. Syria, Venezuela, Thailand and now Ukraine are just the latest examples.

Take the latest conflagration over Crimea, for example. Passions are rising both in Moscow and Washington. Another tit-for-tat contest between two superpowers is under way. Another gauntlet has been thrown.

The Perfidious Washington lit the fuse of the Ukraine conflict using the Sochi Olympics for (temporary) cover (see UKRAINE: NATO’S LATEST “DRANG NACH OSTEN” TARGET, Feb 28). In response to Obama’s threat for Russia to stay out of Ukraine, the Russian parliament today predictably authorized President Putin to use military force there (see “Obama warns Russia to stay out of Ukraine or face ‘costs’ for military …”, Feb 28 and Russian upper house approves use of force in Ukraine, Mar 1).

“Nimby,” the Russians replied to Obama. (NIMBY – Not In My Back Yard).

So what’s next? A shooting war between NATO and Russia?

The Spirit realm have been telling us that all reptilians who have been causing trouble for millennia have left the planet. If so, their remaining proxies are doing a darn good job of replicating their dirty work.

Enough already! It is high time the world has seen the end of all warmongering. For, after all is said and done, the Caesar and the Slave end up in a grave, both reduced to a heap of ash and dirt. Whatever seems dire and vital today, will look trivial and silly in centuries to come. Just as the past Crimean wars look to us know.

For those who do not consider themselves fools and are willing to learn from history, it may be instructive to consider how many futile wars have been already fought over Crimea, a scenic peninsula that juts out from the “mainland” into the Black Sea.

Crimea is vitally important to the Russians. According to medieval chronicles, it was in Khersonesos – the ancient Greek colonial city on the south-western coast of Crimea, just outside Sevastopol – that Vladimir, the Grand Prince of Kiev, was baptised in 988, thereby bringing Christianity to Kievan Rus’, the kingdom from which Russia derives its religious and national identity. 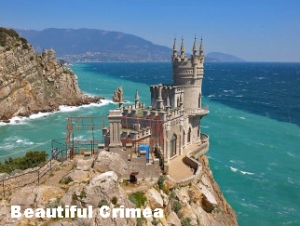 Ruled by the Turks and Tatar tribes for five hundred years, Crimea was annexed by the Russians in 1783. It was the fault line separating Christian Russia from the Muslim world.

Catherine the Great (1729-1796) liked to call the peninsula by its Greek name, Taurida, in preference to Crimea (Krym), its Tatar name. She thought that it connected Russia to the Hellenic civilisation of Byzantium.  Indeed, Moscow has been known in history as the Third Rome (after Constantinople, the Second Rome, fell to the Turks in the 1453).

Catherine gave land to Russia’s nobles to build magnificent palaces along the mountainous southern coast, a coastline to rival the Amalfi in beauty. Their classical buildings, Mediterranean gardens and vineyards were the bearers of a new Christian civilisation in this previously heathen land.

In the 19th century, the Black Sea fleet was the key to Russia’s imperial might. Russia and the Ottoman Empire went to war in October 1853 over Russia’s rights to protect Orthodox Christians. Russia gained the upper hand after destroying the Ottoman fleet at the Black Sea port of Sinope. To stop Russia’s conquest France and Britain entered in March 1854.

emperor Napoleon III to restore the grandeur of France. He wanted Catholic support that would come his way if he attacked Eastern Orthodoxy, as sponsored by Russia. The fact that they fought alongside a Muslim empire against the Christian Russia did not seem to bother Britain and France. So much for religion trumping other geopolitical interests.

Most of the fighting took place for control of the Black Sea, with land battles on the Crimean peninsula in southern Russia. The Russians held their great fortress at Sevastopol for 11 months. The Russian sailors’ struggle immortalised by Leo Tolstoy’s “Sebastopol Sketches.” Their heroic sacrifice became a powerful emotive symbol of Russian defiance. Sevastopol became “Russia’s Alamo.” The Russian character of Sevastopol is still defined by this siege mentality.

A portrait of Russian Emperor Nicholas I (right), who went to war over Crimea in 1853, reportedly hangs in Putin’s presidential office in the Kremlin to this day.

Yet it was all for naught in the end. Britain and France ostensibly won the war. Yet its prime minister was forced to resign over it. As did Napoleon III, the French emperor, 15 years later. Russia lost the bloody war, yet it got Crimea back again in 1871 without having to fire a single shot.

That’s because France was defeated by Prussia in the Franco-Prussian War of 1870–1871. So France dumped its emperor and abandoned its opposition to Russia after the establishment of a republic. Encouraged by the decision of the French and supported by the German minister Otto von Bismarck, Russia renounced the Black Sea clauses of the treaty agreed to in 1856. As Great Britain alone could not enforce the clauses, Russia once again established a fleet in the Black Sea.

Futility of Wars Evident Throughout History

Let us appeal to Spirit realm: Why not have all warmongers escorted from the planet to a place “where the sun don’t shine?” After all, as Princes of Darkness, they should feel right at home in a place like that.

So it was all for naught in the end. All the sacrifices, all the soldiers and civilians who died on both sides of the conflict did so in vain. Their deaths did not change anything in the long run.

And neither will the current conflagration between the US and Russia. So “Beat the Swords into Plowshares,” Messrs. Obama and Putin! It is the same request this writer urged the Balkans’ leaders to honor in a June 2011 editorial about the wars of the 1990s. Since both the Caesar and the Slave end up in the same type of a grave anyway, why not enjoy life on earth instead of creating misery for oneself and others?

As for the Spirit realm’s role in all this, guess they are letting us repeat the same mistakes over and over again in the hopes that we will learn not to repeat them. Since those lessons are falling on deaf ears when it comes to world leaders, I hereby appeal to the Spirit realm to have all warmongers escorted from the planet to a place “where the sun don’t shine.” After all, as Princes of Darkness, they should feel right at home in a place like that.

Let us hope and pray that Mother God delivers on that promise. Soon!